I want you to imagine that you are pregnant, towards the end of your pregnancy but not quite at the “magical” 40 weeks gestation. Now imagine that after a routine antenatal appointment with the midwife, you were sent up to the hospital to be diagnosed with pre-eclampsia. (For those of you who aren’t sure what exactly that is, click here to find out).

A doctor comes to discuss the diagnosis with you and tells you that your labour must be induced straight away, as there is a risk to you and your baby. After careful consideration, you decide to go against the doctor’s recommendation as you feel well and the check on the baby has shown that the baby is also well. The doctor is clearly unhappy with this decision and goes away to update your notes. Before you know it, you are being detained under the Mental Health Act (even though you are not suffering from any mental illness and are deemed competent to make decisions) and a judge allows the decision to perform a caesarean section, against your wishes.

How would you feel?

This is an extreme example of the violation of human rights in childbirth. As shocking as it sounds, this did actually happen. Later, an appeal court found that the woman’s autonomy had been violated and that she had been detained against the law.

“A competent pregnant woman can refuse treatment, even if the refusal might result in harm to her or her unborn child”.

So many women are just not aware that they have the right, the human right, to make their own decisions about the care they receive during pregnancy and childbirth. The absolute majority of women are only trying to make the choices that are good for them and their babies during pregnancy and birth and there is no one else better placed to make that decision. I once overheard a conversation between a midwife and a doctor where the midwife was explaining the woman’s birth choices to the doctor, who replied with “This is her first baby. How can she possibly know what is best in this situation”. This still really upsets me!

Occasionally, women do get it wrong, just as the medical professionals sometimes do. No childbirth is completely without risk but this risk is usually very small in the developed world. I recently came across new research published by the Lancet that shows that statistically, your birth partner is more likely to die during your pregnancy than you are.

By ensuring women have access to honest and evidence based information, we allow them to choose which risks they are prepared to take and so make the best decisions for them.

The Association for Improvements in Maternity Services (AIMS) is a fantastic organisation that helps to provide access to research and evidence around maternity care. Click here to read one of their journal articles called Challenging the Medicalisation of Birth.

The AIMS website can be found here, whilst another useful website called Evidence Based Birth, also provides a fantastic amount of information around birth choices.

So why are human rights in childbirth so important? Society nowadays sees women commonly treated as the means for the production of a baby. Sure, we are now voting, allowed to work and have our own rights as women, but we still see the woman’s rights diminished or neglected in preference of the baby’s needs.

“What a traumatic birth you had! But the baby is ok, that’s the main thing”

I realise it might be a bit controversial to even ask that but bear with me on this. Evidence shows that women who have a negative experience of childbirth, report a profound impact on how they feel about themselves. Sure, you have a happy healthy baby and that is incredibly important to you and to most of us. But if your choices have been ignored during a traumatic birth, your decisions taken away from you and you end up taking a passive role during the experience, then you can end up feeling like a victim of what happened to you. Birth trauma is only recently becoming more widely recognised with some women even being diagnosed with PTSD. Now think about what you already know about sufferers of PTSD. Do you really think they are able to care for a newborn? The woman and her unborn baby are often classed as separate beings but in fact, they are symbiotic organisms, only separated by birth.

Sadly, our obstetricians have no training in human or civil rights and the fear of litigation can cause doctors to forget about these human rights when women act against their advice. This is when doctors start to practice defensively, meaning that they try to control birth so to minimise any risks, sometimes intervening in the natural processes which ends up creating a cascade of interventions that are usually unnecessary. As midwives are the experts in “normality” and low-risk births, most obstetricians have only experienced complicated or high-risk births. So from their experience, every birth is high risk.

This could be easily remedied by having junior doctors shadow midwives for some of the shifts during their rotation in to obstetrics. Dr Amali Lokugamage, a consultant obstetrician, is very aware of women’s autonomy and feels that mandatory training in human rights would help to solve the issue. Unfortunately, this is unlikely to be prioritised as the NHS is severely underfunded and any training, costs money.

When women make choices in childbirth, they are not doing so to make a political statement. Choice in childbirth is a basic human right and the current hot topic in maternity services in the UK.

Does making a choice only count if women make the “right” choice of homebirth or a midwife led unit?

What about the first time mum requesting an elective caesarean section due to an overwhelming fear of dying during childbirth?

What about the woman requesting an early induction as she is aware that a depressive episode is looming as the pregnancy continues?

What about the woman who has requested an abortion because she has found out that her unborn baby has a medical condition that means it is incompatible with life outside the womb?

It is still illegal to have an abortion in the Republic of Ireland. Women either have to travel across to Scotland or England to request an abortion, or else they resort to home abortions or back-street surgeries, often unhygienic and unsafe. A campaign has been running for some time now, called Repeal the Eighth, which is a call to repeal the 8th Amendment to the Constitution of the Republic of Ireland. If you would like to help bring about change, please click the link above and sign the petition and help spread the word!

Having somebody to support women during pregnancy and childbirth who is trained and experienced, helps empower women to take control of their birth experience. Women’s desire to have continuity of carer is becoming evident from the increasing use of independent midwives and doulas. Doulas are able to support choice in childbirth as they are there to share knowledge and support, empowering women to make the decisions best suited to them.

Don’t believe me? Then check out the evidence below on why doulas are so awesome!

Plenty for you to think about until next time! 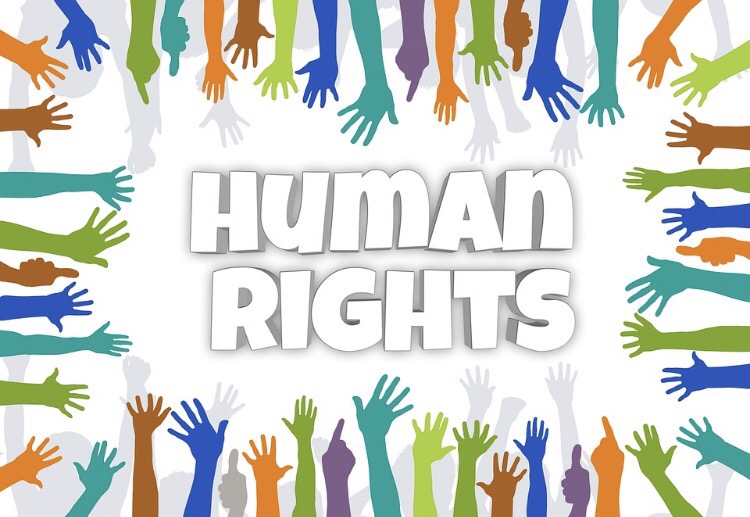 View all posts by cazzymoo